Bar-code not visible on report in Web Client 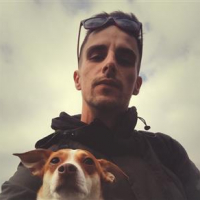 krregg Member Posts: 4
2018-12-07 in NAV Three Tier
I have a problem with report in Web Client, it doesn't show actual bar code, it shows numbers instead. If I open same report in RTC, bar code appear normally as expected. I installed test font fre3of9x.ttf (from here: https://www.fontsupply.com/fonts/F/Fre3of9x.html?fn=Fre3of9x) on my computer. Report is being developed locally on my computer so font is somehow accessible. I also check IIS for any additional settings, where I can see files *.ttf are allowed and no other settings found.

I am not sure why bar codes are not visible on reports which are generated trough Web Client, but they are when report is generated from RTC.

The same story is with Preview or Direct Print to printer or PDF (Web client doesn't want to show bar codes, but RTC will).

I am working on latest version of NAV Dynamics 365 and report is developed trough extension and not directly trough Devel. Env.

Does anyone know what could be the problem?
0