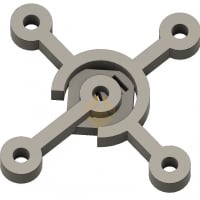 Developer101 Member Posts: 462
2013-06-12 edited 2014-08-07 in General Chat
I am an Experienced Navision developer (Technical and some Functional aspects) and been working with NAV almost 7 years experience now. I am having new job but I will be working on Oracle ebusiness suite, then I might get into development in future. The job is find paid. But i miss working with NAV now.

I took this job because I always wanted to work in bigger ERP software like Oracle or SAP. Now as I got into Oracle which is great but now I for some reason don't feel the same about it. Oracle ebusiness suite is really huge and unlike NAV , its seems really impossible one can do all modules and do technical development on top of that. One has to work on some part of Oracle and doesnt need to know how it was installed and what database looks like etc. Where in NAV i can do anything from installation, configuration, database, customization and functional too for all modules except manufacturing.

I still have a chance to go back to Navision. But actually what really bothers me is that Navision career is not highly paid as oracle or sap which is crazy. Other thing is Navision career doesnt seem to progressive. One starts as NAV developer and stays as NAV developer and I actually worked with NAV technical people who are having more than 15 years of proven experience but sometimes ins some areas I could come up with same or better solution than them honestly. They might be higher paid but I feel that still after working with NAV for 15 years they seem to be in same position.

I want to know what is the future if one stays in NAV. How much progressive this career is. I do like working in NAV and still when I get free I do some stuff in Navision but I am not sure if I want to do only that for many more years to come.

Please I would like to get your comments on my thoughts. Am i just stressing myself or is NAV really a promising career? Or all my thoughts are really wrong?
United Kingdom
0
«12»