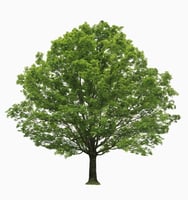 Shang Member Posts: 2
2020-11-10 in General Chat
According to Modern Lifecycle Policy for Dynamics 365 Business Central since the relaease 15: https://docs.microsoft.com/en-us/dynamics365/business-central/dev-itpro/terms/lifecycle-policy-on-premises the customer is only supported by Microsoft for the period of initial 18 months since the release date. Practically, it means that the customer that is currently on BC15 will be no longer supported by Microsoft since April 2021 (!). Have you maybe found any more detailed resources on this topic? To me it is for example unclear how is this new Modern Lifecycle Policy related to the previous concepts of "Mainstream Support" and "Extended Support"? Or what is the difference between the first 6 months after the release (features/bugs/regulatory fixes), and next 12 months (only bugs/regulatory fixes). Or finally, what is the support provided after 18 months (any Security updates, Critical updates, hotfixes)? I appreciate any input on this topic.
0