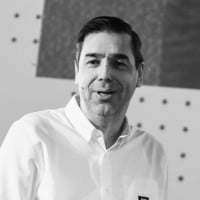 Nav TechDays is the name of a new conference, organized by mibuso.com. The goal of this conference is to offer 2 days full of – technical only and highly relevant – sessions, related to Microsoft Dynamics™ NAV. Nav TechDays will take place on Thursday 26 & Friday 27 May 2011, at Metropolis Business & Communication Center in Antwerp (Belgium).

UPDATE 19/07/2010: Due to the broad range of Dynamics NAV conferences within the EMEA region, we have decided to reschedule our NAV TechDays conference. Instead of May 2011, this 2-day conference will be rescheduled to October 2011. A final date has not been decided upon, but we expect it will take place in the 2nd half of October 2011.

UPDATE 3/02/2011: To avoid possible conflicts with the existing Convergence EMEA and Directions US events, we have decided to set the date for the NAV TechDays 2011 to Thursday 29 & Friday 30 September 2011.

NAV TechDays is the place where some of the best developers and leading business owners cross paths, exchange ideas, find partners and conceive projects. It is where community ties are strengthened and where boundaries will be broken. It is where you want to be to make things happen. If you are passionate about Microsoft Dynamics NAV, then you need to be at NAV TechDays!

Want to be the first to know when any news comes out? Subscribe to the NAV TechDays RSS feed: http://www.navtechdays.com/rss.asp

Want to spread the word? Download the Conference Outline brochure and mail it to your boss, colleagues, partners: http://www.navtechdays.com/dl.asp
No support using PM or e-mail - Please use this forum.
NAV TechDays 2022: 17 & 18 November 2022, Antwerp (Belgium)
0
«12»

«12»
This discussion has been closed.