David_Singleton Member Posts: 5,475
2016-02-14 edited 2016-02-14 in General Chat
Many many years back waterfall was the way to go. It's what we did, and it's the way Navision (USA at least) were pushing partners to implement. ... Times changed and the push was for Agile. Agile fits the typical Navision customer from The PC&C days much closer than Waterfall. But both need certain circumstances to work ideally. I guess most partners work to some sort of Hybrid. But more and more I am seeing clients that want to implement using Agile methods, but in reality they are still rigidly locked into Waterfall. The issues that keep popping up are typically
I like this little Picture I found which does a quite neat comparison.

is it just me? Is it the market I am in, or are customers trending to moving back to fixed price/fixed contract/fixed deliverables? 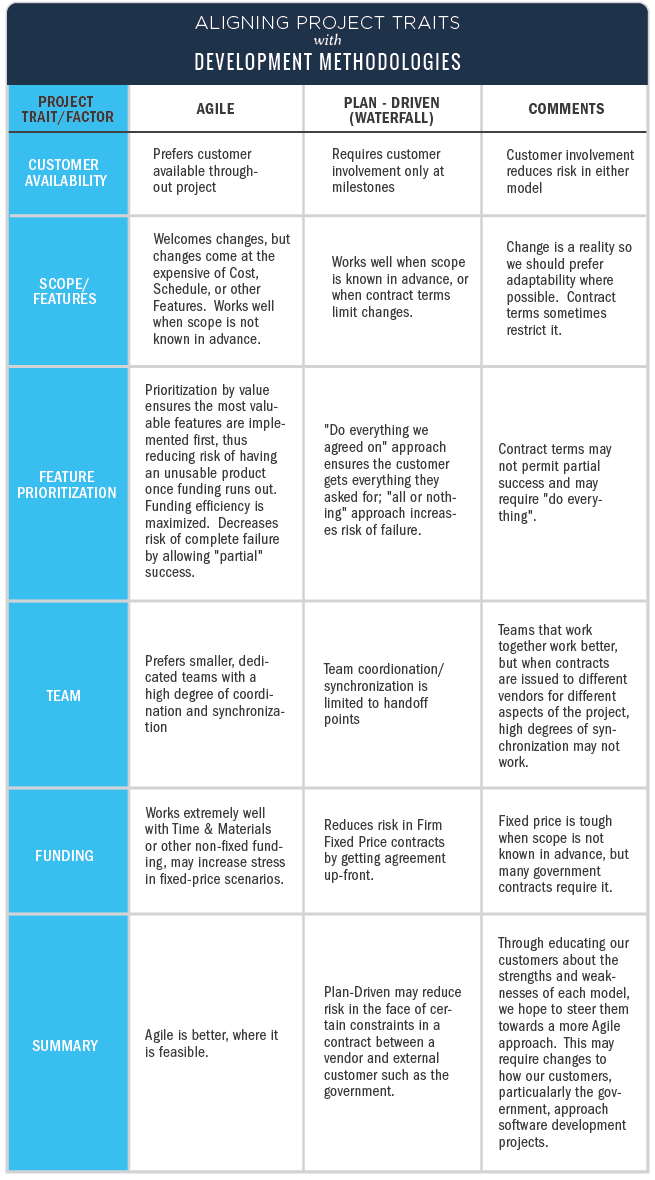